Other Performances:
Dates of repeat performances not available

To conclude Christoph von Dohnányi’s first season in musical charge of the Frankfurt Opera, a rare staging (in or outside Russia) was mounted of Prokofiev’s outrageous Fiery Angel. In Opera magazine, Lord Harewood noted that there had been fewer than ten productions since its premiere in 1955 of ‘Prokofiev's masterpiece, an evocation of neurasthenia worthy to be placed alongside Wozzeck, and filled with music of extraordinary power.’ Director Vaslav Kašlik perhaps predictably took full theatrical advantage of the renowned beauty of Anja Silja in the central role of Renate, to have her (and her fellow nuns) go terminally mad while ‘stripped to the briefest of underclothes’. 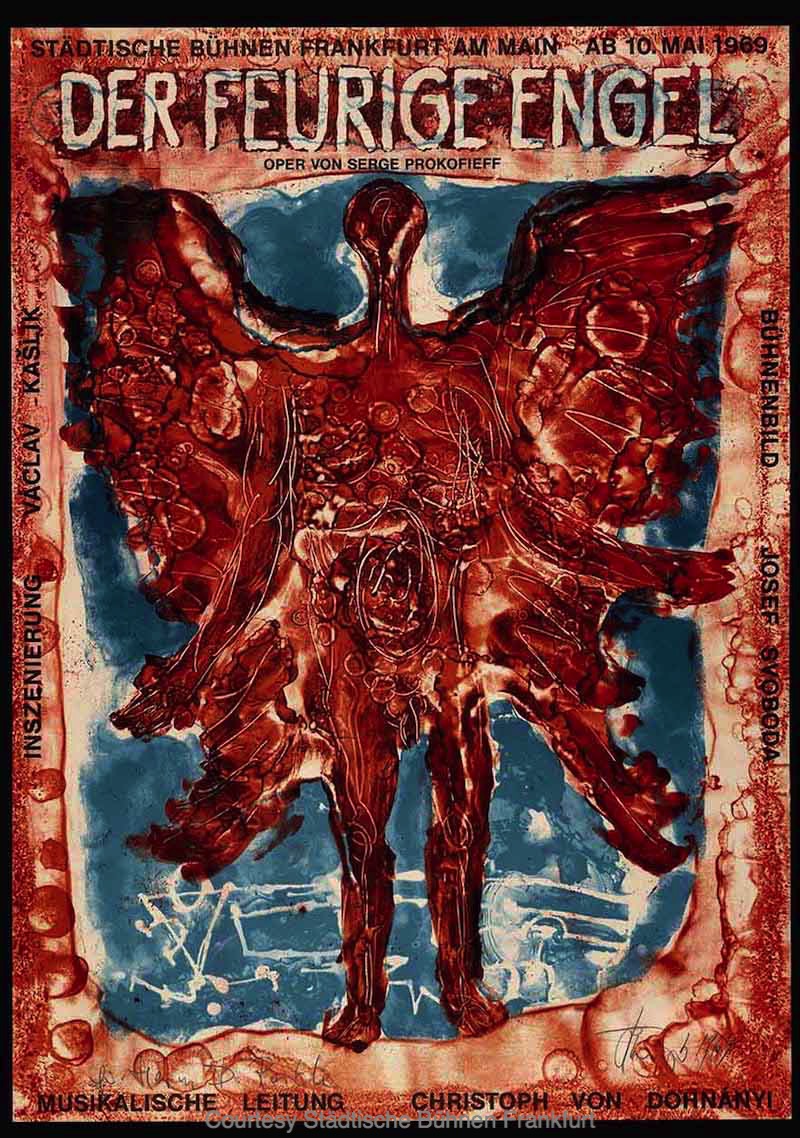