Christoph von Dohnányi’s second appearance at the Salzburg Festival also marked his debut with the Wiener Philharmoniker: and in a prestigious premiere, of Die Bassariden, by the most renowned German opera composer of his time, Hans Werner Henze. His adaptation of the tragedy by Euripides won wide and deserved acclaim, as can be heard from Orfeo’s release of the Austrian radio broadcast of the event, not least for ‘the admirably sovereign direction of the young Christoph von Dohnányi’ (Die Furche). 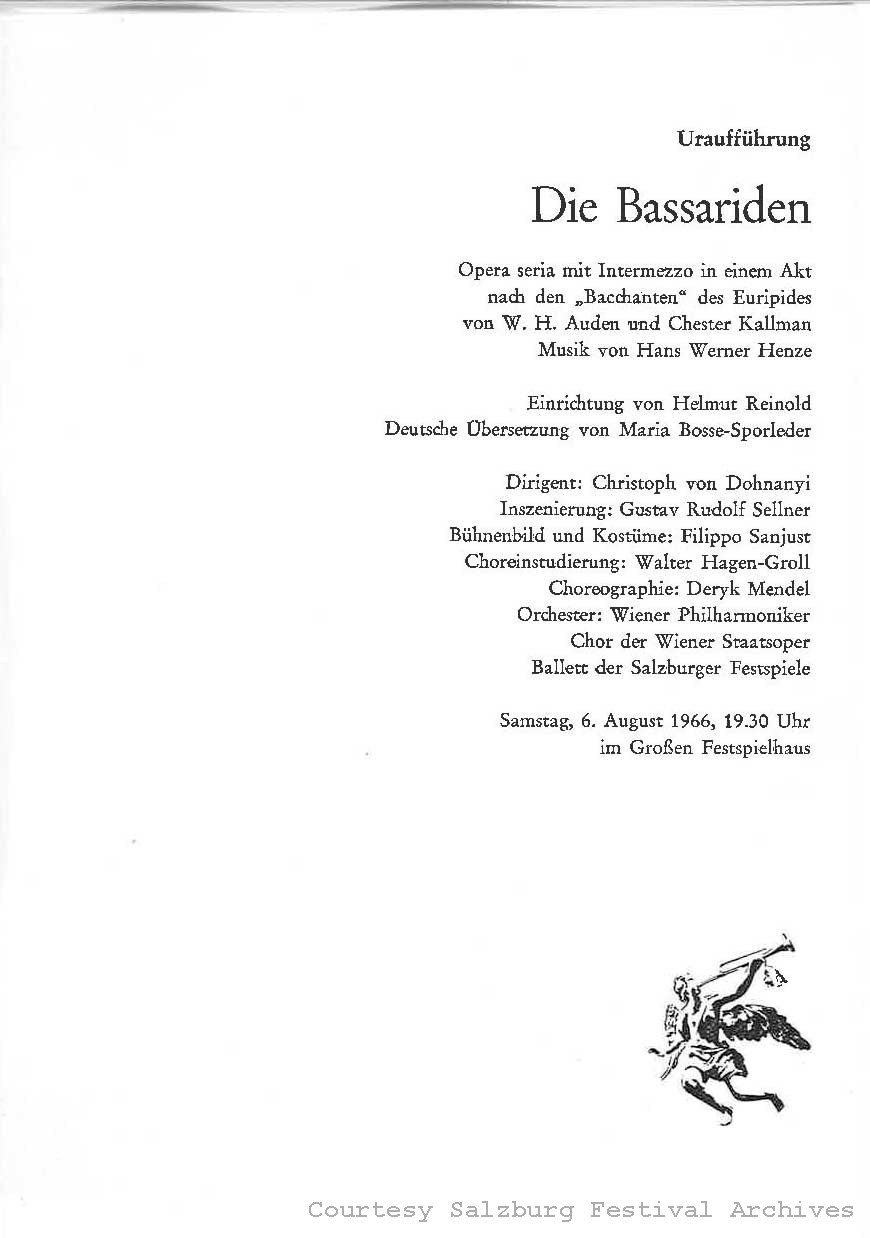