Lorin Maazel had already resigned as the Cleveland Orchestra’s music director when Christoph von Dohnányi made his debut with a characteristic programme of Bartok and Debussy. According to the city’s Plain Dealer, the players were already enthused by Dohnányi’s exacting rehearsal methods. The performance lived up to expectations, according to the Cleveland Press: ‘The Dvorak Eighth was given an exhilarating performance… [Dohnányi] explored every nook and cranny of the luscious work, fashioned them not only to his own liking but to the audience’s as well.’
Listen to an excerpt of the live recording of this concert through the soundcloud link below: 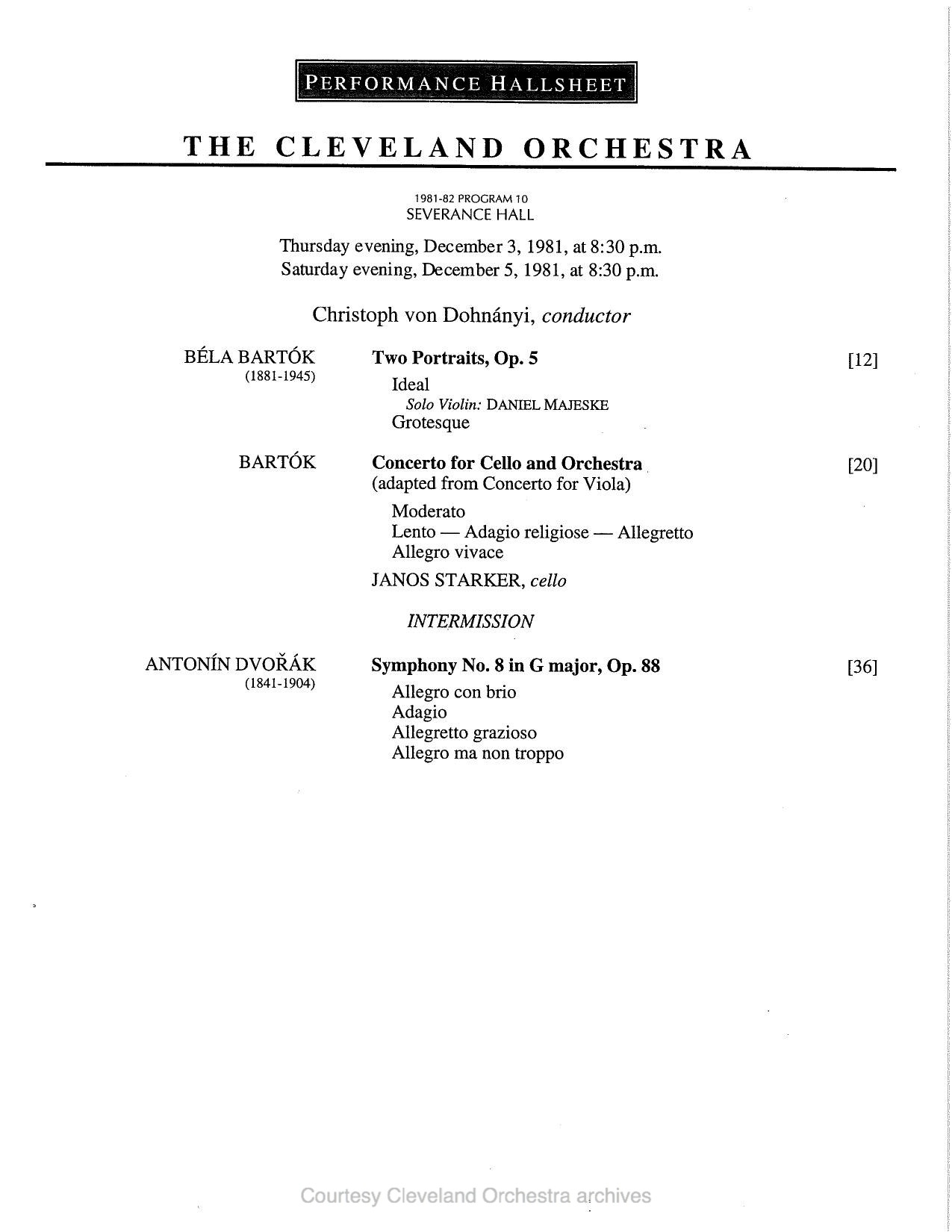 * Please make sure you have Spotify installed